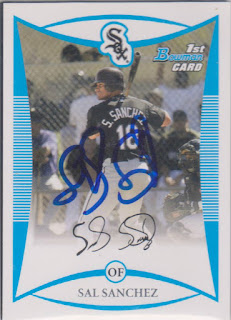 Back in the day, my best friend and I would make yearly ballpark trip to parks around the country. Now we are both married and have kids and we are doing really good if we see each other three times a year. But before we got married, every summer we would plan a trip to see various parks. It started as just Major League venues, but we started incorporating minor league parks into our trips as a way to break up long drives. Then, in 2010, we did something that we have only done that one time. We did a ballpark trip exclusively of minor league parks.

That year, we decided to go to the Rickwood Classic in Birmingham, Alabama. Rickwood Field is the oldest ballpark in the United States and every year the Birmingham Barons play one game there. 2010 marked the 100th anniversary for the ballpark, so it seemed like a perfect time to go. On the trip, we also made stops to see games in Tulsa, Springdale (Northwest Arkansas), and Hoover, Alabama at what was then the Barons everyday ballpark.

This is one of the cards that I got signed at Rickwood. The Barons are the White Sox AA team and I was able to get Sal to sign this card after doing some soft-tossing by the dugout.

Sal never reached the Major Leagues, but he did do everything he could to try. Originally drafted as an outfielder, Sal spent five seasons trying to work his way up and he never made it past Birmingham. A .240 hitter at the time, the Sox decided to switch him to pitcher. In his third season as a pitcher, he was back in Birmingham and seemed to do okay. He was 2-4 with a save and a 3.38 ERA in 42.2 innings of relief work.

I guess that wasn't good enough and the Sox let him go. He pitched for a couple of independent teams in 2014 and then threw 16 frames in the PCL in 2015 before calling it a career.

Here is the new and updated 2008 Bowman map. 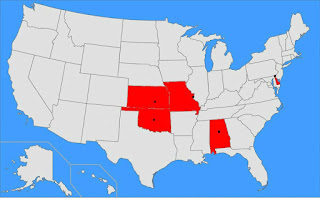