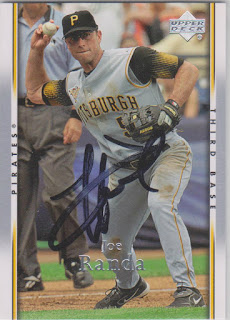 With this card, I have now posted a card of Joe with each of the the five teams he played for. You can also see posts of him as a Royal, Tiger, Padre, and Red.