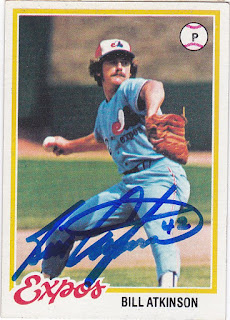 The one problem with getting Bill's autograph through the mail is that Bill lives in Canada. Luckily, I noticed a lot of successes with him on SCN as everyone just sends him a couple of bucks and Bill provides the return postage. I guess everyone must be overpaying him for the postage because it is common for Bill to include a signed postcard as well. Here is the one that I got. 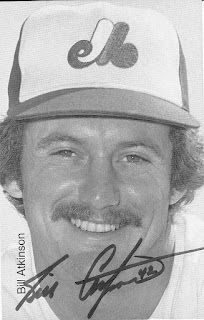 I sent this card to Bill at the beginning of May last year and I got it back seventeen days later.
at 2:20 PM

Sending cards to Canada can be an adventure, and I've had to do it with a few former O's, but I'm glad to see that we both have had at least some. success with it