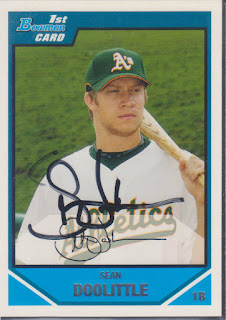 Yes, this baby-faced first baseman is in fact the bearded A's closer. Sean began his pro career playing first. In three minor league seasons, he hit .272 with 30 home runs and 138 RBI. His best season was with the Stockton Ports in 2008. That year, he had 18 dingers while batting .305 with 61 home runs. Sean started 2009 in AAA, but hurt his knee and missed most of the season and all of 2010 recovering from two knee surgeries. When he was ready in 2011, he came back as a pitcher and gave up hitting.

It worked out alright for the A's as Sean was able to make to the Majors in 2012. He has worked exclusively out of the bullpen and he slid his way into the closer role last season, notching 22 saves for the club. In his first three seasons, Sean was 9-10 with 25 saves and a 2.95 ERA. Plus, he has struck out 211 batters in just 180 innings.

Sean is currently on the disabled list for the A's and has only pitched in one Major League game this year.

I got this card signed in 2008 while at a game in Lancaster, California. Sean was with the visiting Stockton Ports. You can see a little scribble above his "S" on the card. That is where Josh Horton started to sign the card before he realized it wasn't his card. That was actually the second time that happened on that road trip.

Since this is the last card that I got signed in Lancaster, here are some pics of the ballpark. Its defining feature is the jet outside the main entrance. 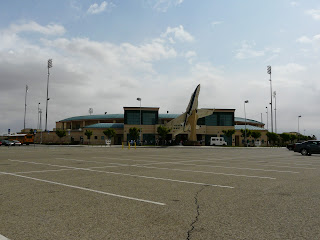 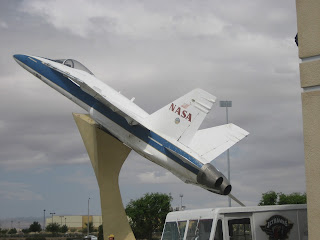 Lancaster is located right by Edwards Air Force Base. That is where the team name comes from. Edwards was the main back-up landing strip for the space shuttles and shuttles help hold up the scoreboard. 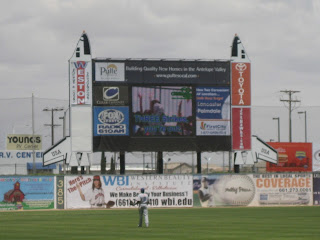 Here is a pic of Sean batting. 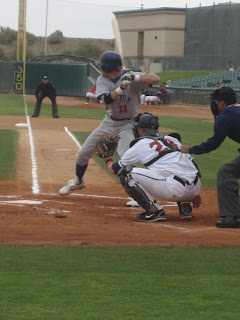