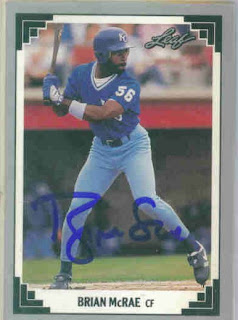 Also, the Baseball Almanac page has this card on there for B-Mac's card and signature. The signature on that card is completely different than any of the ones that I have.
at 1:48 AM