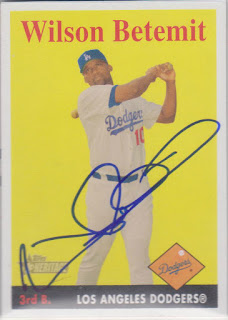 About a full year after being dealt to LA, the Dodgers traded Wilson to the Yankees for Scott Proctor.