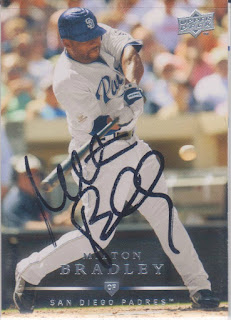 Unfortunately, Bradley's long baseball career has been overshadowed by his temper and domestic issues, which resulted in a 32 month prison sentence.
at 11:34 AM