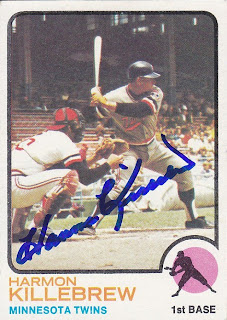 It's been a long summer here at Autographed Cards and, unfortunately, I do not have much to show for it. I've only been to a small handful of Royals games and I didn't have much success on the autograph front. Because of that, I've supplemented my fix by going to Wichita Wingnuts games instead. Those games are entertaining and all, and I usually come home with all of my cards signed, but it isn't the same as 'graphing Major Leaguers or even minor leaguers that are only a step away from the bigs. I've only been to four ballparks this year that I had never been to before and that is the lowest total since I was in Iraq in 2005.

With all that being said, there was one bright spot from my summer and that was the Rickwood Classic. I truly intended on doing a write-up of the event after I got back, but one thing lead to another and I was having a hard enough time getting an autographed card posted on here daily. Before I knew it, the Rickwood was a month in the past and I scrapped the idea altogether (I just finished up my scorecard from that game three days ago).

But now, I have finally finished up my 2003 cards and am a week into doing my between years recap. So here is one of the Harmon Killebrew autographs that I got at that event.

Harmon was invited to Rickwood to throw out the first pitch and sign autographs afterwards. I was hoping to get some stuff signed by him while he was taking or leaving the field, but Harmon wasn't signing for anyone except for a couple of ballplayers.

After the ceremonial first pitch, my friend, Dustin, and I walked around the "concourse" a few times to try to figure out where Harmon was going to be signing. We didn't find the spot or even anyone who knew where he was going to be, so we sat down to watch the game. After the first inning was over, there was an announcement to where Harmon was signing and we headed there.

I ended up going through the line twice and I was able to get two cards and a ball signed. The other card was given away in the First Annual College World Series Contest and Ryan, from the Great Orioles Autograph Project, was the lucky winner. You can see the card on his blog here and if you are bored, read the post-sized comment I left about getting that card signed.

During the signing, Harmon was great. He was taking pictures with fans and telling stories and answering questions. It was exactly like every Hall of Fame encounter should be, but rarely is. I even got a chance to ask him about the days he spent with Kansas City in his final season and I was a little surprised at the response I got. He said that that was the toughest year of his career and he was battling injuries and not playing like he expected himself to. I almost wish I hadn't even brought it up to him.

I only had two cards of Harmon from his playing days- this one and a 1956 Topps card. I like getting vintage cards signed and all, but I decided against that one.

I know it is long overdue, but here are some pictures from the Rickwood Classic. No commentary, just pictures (click on images for a larger view). If you have any questions about them, email me or ask in the comments. 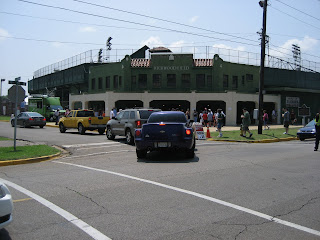 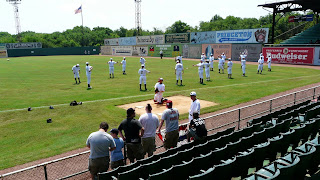 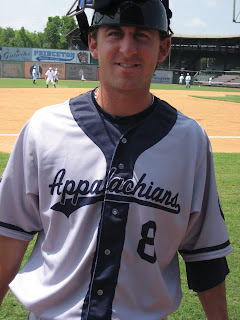 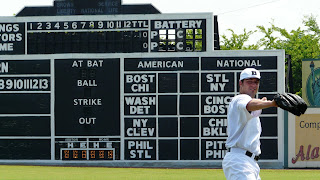 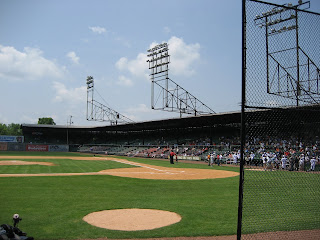 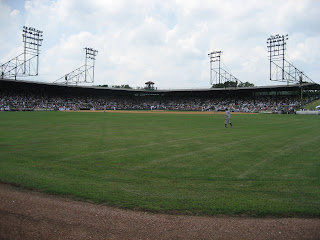 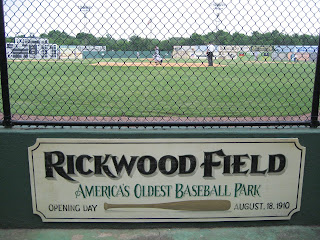 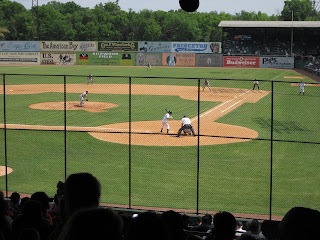 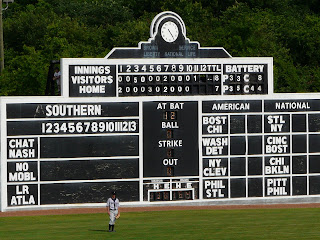 I got to 49 games this year at five different ballparks, including one I hadn't been to before. But I didn't get any Hall of Famer autographs. I'm jealous. ;)

Nice photos from the Rickwood Classic. It looks like a neat old ballpark.

Did you get a pic with Harmon? I'd love to run that on my site if you did.
Great post!

My goodness, that park is just breathtaking...thank you sincerely for all the great pictures.

I know it takes a lot of heat, but I really, truly love the 1973 set. It's as if the Maysles brothers made a baseball card set... Awesome to get such a high profile auto on one of those cards! -Andy

That park does look awesome, I'd love to get there some day. And nice Harmon autograph too!